Israel must be punished, international inquiries will do nothing!

Last Friday the ‘United Nations Human Rights Council’ voted to set up an “independent international commission of inquiry” into Israel's massacre last Monday, but do we need one and how is this going to actually change anything?

On the 14th Of May, the same day that Donald Trump decided to relocate the US embassy to Jerusalem, 64 Palestinians were massacred by Israeli Sniper fire along the Gaza-Israel separation fence. Of the 64 non-violent demonstrators massacred in Gaza, seven were children and one was an 8 month old infant, who was murdered after Israeli drones fired tear gas at a tent she was sleeping inside of. 2,831 were also injured this Monday, 1,359 of which were shot with live ammunition.

Including the massacre summarized above, approximately 117 Palestinians were killed and 13,190 have been injured since the beginning of the ‘Great Return March’ on the 30th of March.

For Seven weeks Palestinians have approached the illegal Israeli separation fence, they protested peacefully and did not kill a single Israeli soldier, nor inflict any injury upon a single Israeli. For seven entire weeks, live streams from protestors phones, undoctored videos and extensive media coverage provided onlookers with a view of the demonstrations, from almost every angle and duration of the protests.

The demonstrations, which were organized by grassroots Gazan organizations and NOT Hamas, were in complete accordance with international law, citing UN Resolution 194 and calling upon Israel to end its crippling illegal besiegement of the oppressed coastal enclave.

After the world watched the murder of well respected Journalists such as Yasser Mortaga, the murder of 14 children, as well as the gunning down of women and medical personnel, is it now plausible that we simply ask for an investigation? WHAT IS THERE TO INVESTIGATE!?

A 15 yr old child was shot in the head by Israeli Snipers, this was even filmed as it happened, we also have video evidence of Israeli Snipers firing explosive bullets into protestors. Israeli Snipers have even been caught on video laughing as they shoot unarmed demonstrators, the response given by Israel’s defense Minister, Avigdor Leiberman, was that the Sniper who was filmed laughing “should be given a medal”. On the 20th of April, new types of banned gasses such as a “mysterious green gas” was even fired upon demonstrators, suffocating several.

Israeli propagandists love to attempt to cover up what has happened by claiming that their “border was under threat of being breached” and that “innocent Israelis were at risk”, these claims take all but a simple google search to easily take apart.

To debunk the first part of Israel’s laughable claim, there is no such “border” between Israel and Gaza, Gaza is under an illegal siege and an external occupation. What Israel calls its “security fence” is completely illegal under international law and the lines drawn up to demarcate Gaza were armistice lines, drawn by the United Nations in 1953, Israel even violates the armistice lines. As for the second part of their lie, not only has there been zero evidence to back it up, but even Israeli’s themselves don’t believe the lie about security. No Israeli was killed or injured. The below photograph was posted by ‘Nir Dvori’ on the 6th of April, Dvori is a Channel 2 News correspondent, he called the view for those in the picture “the best show in town”. 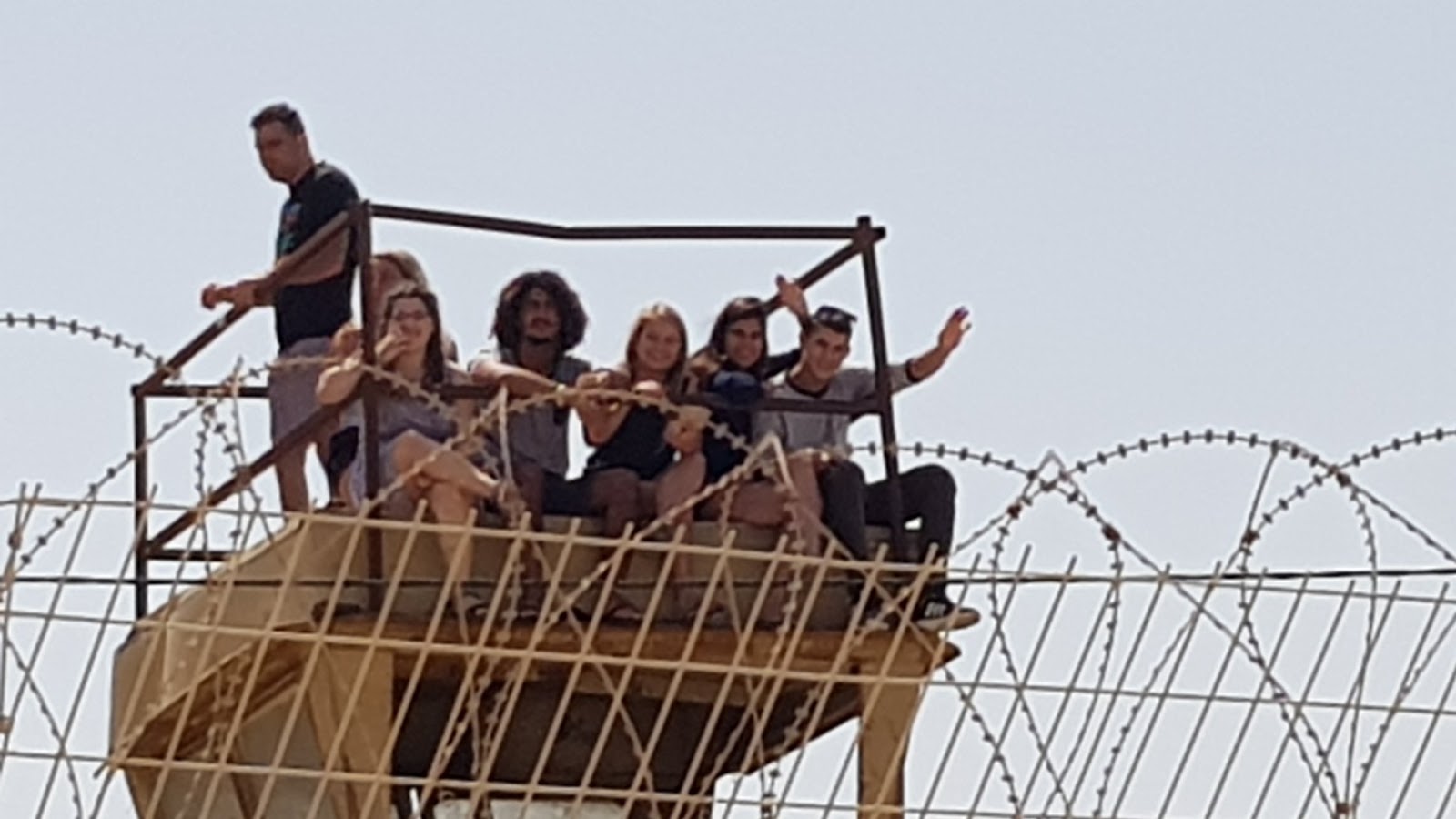 Unless the members of the International Community do not have access to any News sources or even simply a smartphone/Laptop, I do not see the need for an “independent investigation”. What will be achieved of this “independent investigation”? Israel have already rejected cooperation in the proposed inquiry and at this point that seems to be enough to deter it from even beginning.

Those who committed the massacre on the 14th should be brought to justice, but the problem with focusing solely on that massacre, is that the point of the demonstrations in the first place was to draw attention to the illegal besiegement of Gaza. If justice was to be served and the Snipers who shot these demonstrators were sent to prison, those who were killed would have still died for nothing.

Israel is currently in violation of more UN Resolutions than any other nation state in the world ever, combined. It is high time that Israel’s excuses go completely unheard and that they are sanctioned into the ground, sanctioned until they begin to comply with international law.

Unless action is taken against the Israeli regime, nothing will change and in fact Israel will be encouraged to become even more violent. There was not a single sizable demonstration inside of Israel during the seven weeks of slaughter inflicted upon Gaza, there is no descent and the entire government is a fascistic freak show.

The dangerous message that is being sent by the international community, through their inaction and cowardly refusal to punish Israel, is to Israel that they can do whatever they like and nobody will act, but also to the oppressed people of Gaza that non-violent protest does not work.

There is no investigation to be had, Israel has already convicted itself, now is the time to lock them up and throw away the key.

Robert Inlakesh is a journalist, political analyst and human rights activist who specialises in delivering insight into the geo-political scene of the Middle East, specialising in the political and humanitarian situation in Palestine.

Robert is a regular writer for 'Al-Masdar news' - and also appears frequently on 'Press TV' as an analyst and researcher.

None of Trump’s actions favoring Israel have any legitimacy: Jeffrey Blankfort

U.S. President Donald Trump differs from his predecessors only in...

Israel's ultimate goal is elimination of everything Palestinian from Palestine, says activist

A political activist says Israel's ultimate goal is the elimination...

A pro-Palestinian activist says the restoration of relations between Bolivia...

The Balkans Post has conducted an interview with political activist...

An American writer and peace activist says Israel is risking...